Yes it does support testing of 10Gbit/s NICs. But there are often bottle necks that prevent you getting close to the maximum speed. See FAQ below for details.

One solution to avoid bottle necks is by running multiple instances of the test at the same time. This can be done by launching two copies of PerformanceTest and running the Advanced Netowrk Test on two different IP ports. For example ports 1040 and 1041.

What are expected speeds for a 1Gb network card

On a 1Gb Ethernet link you should get around 900 to 950Mbit/sec, in ideal conditions. There are lots of good reasons why you might not see this level of performance however.

This was on a 1Gb Ethernet link on a local area network. 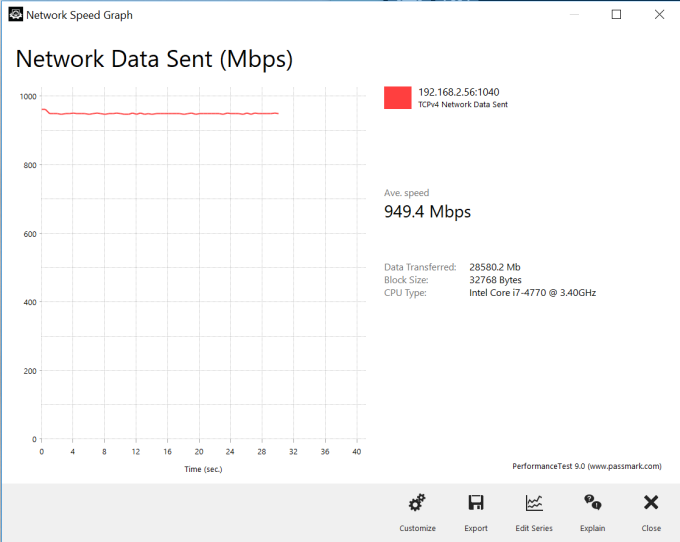 What are possible performance bottle necks for network speeds

Here are some of the reasons you might be seeing the bandwidth you expect on a local area network (LAN).

Tools, like WireShark & NetStat, can help in getting to the bottom of networking problems & to monitor link errors.