Almost all computers these days have a network connection of some description. Whether it be a modem connection to an ISP, or an Ethernet connection to a corporate intranet, sending and receiving data to and from other computers is an essential part of day to day operations. A myriad of applications use TCP/IP networking technology - Email, Web browsers and games to name a few popular applications. In most cases, there is one performance factor the user is most concerned with - the speed or transfer rate.

The PassMark Advanced Network Test (which is part of PerformanceTest) is designed to test the data transfer rate between two computers both of which must be running PerformanceTest. One of the computers must act as the server and will sit waiting for a connection. The other computer acts as a client. It connects to the server machine and sends data to it for the duration of the test.

The network benchmark test will work with any type of TCP/IP connection. Including ethernet, dial up modems, ADSL, cable modems, local area networks (LAN), Wide area networks (WAN) and wireless networking (WiFi). The software has been optimized to use a minimum amount of CPU time, allowing even high speed gigabit ethernet connections to be benchmarked.

Users have the ability to change the following test parameters.

The results of all completed tests may be graphed using our custom graphing components. 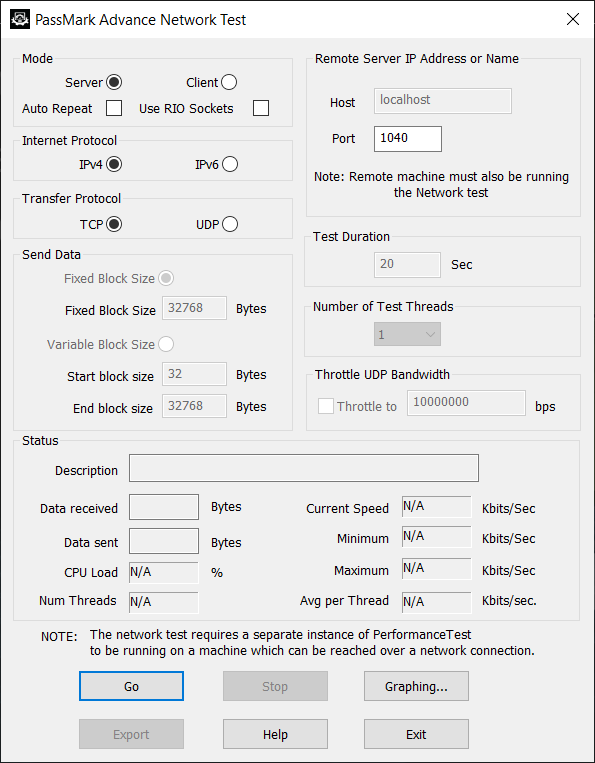 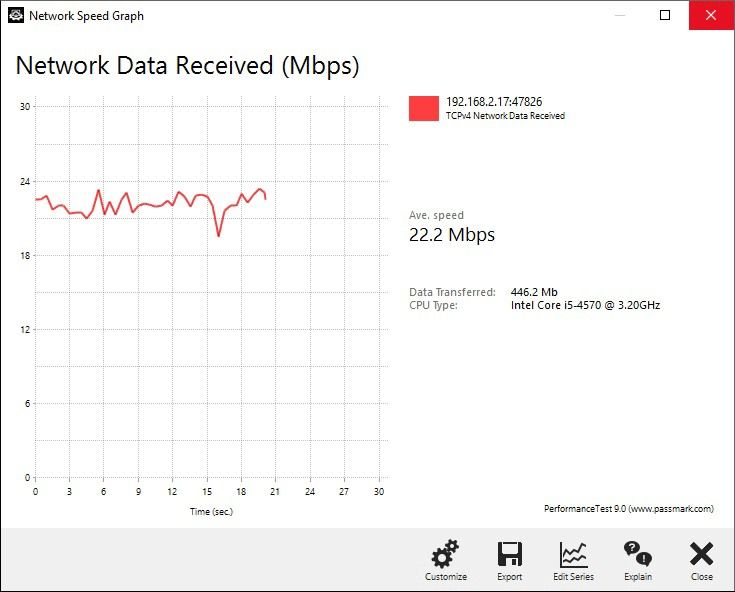